BlackBox Theatre Company was set up in 2016 by award winning writer and director, Chris Hawley, and is fast gaining the reputation of being one of the south’s leading professional touring companies. Our aim is to bring exciting, innovative and, most importantly, entertaining and accessible theatre to smaller venues and rural communities throughout Hampshire and surrounding counties and to tap into the abundance of local talent, both for our casts and crew.

The company’s first project was a collaboration with SUP Theatre Company and Son Orchestra at The Turner Simms in Southampton with Chris’ adaptation of A Midsummer Night’s Dream, entitled Bottom’s Dream.  The play was performed outside the venue to introduce Son’s concert of Mendelssohn’s Dream. Since then we’ve toured with John Godber’s Bouncers and in 2018 we visited over 20 venues with the award winning Bully Beef & Whizzbangs as part of the 100th Anniversary Commemorations of the Armistice. In 2019, Chris and the company, with financial help from The Arts Council developed a new script – a live radio version of the classic The 39 Steps for the stage, which went on to tour to over twenty venues to huge critical acclaim.

2020 saw us all in Lockdown and with theatres closed BlackBox raised funds to record two of it’s productions as radio plays: The 39 Steps: A Radio Drama and Bully Beef & Whizzbangs Radio Play.  A new departure for us but one that was warmly received by critics when they were put into the inaugural Living Record Festival at the beginning of 2021, both receiving five star reviews.

As lockdown restrictions began to ease last summer, we were able to take our production of Noel Coward’s Blithe Spirit out on the road, visiting outdoor venues across the South including sell out shows at Brighton Open Air Theatre, Findon Place, and Swindon Bowl amongst others.  And as indoor venues were finally allowed to open their doors once again, in the autumn we toured with Mike Leigh’s iconic 70s comedy, Abigail’s Party.

And now we look forward to our 2022 season which starts with a revival of Bouncers (see our What’s On page), but this time with a twist … there’s a WOMAN in it!!! Later in the year we’ll be touring with a new adaptation of George Bernard Shaw’s Pygmalion, so watch out for more details of these shows here, on our website, and on all our social media pages.

BlackBox performs primarily in village halls, churches, colleges and arts centres  but perhaps the strangest place we’ve played, so far, is on the old Cross Channel Hovercraft at The Hovercraft Museum in Lee on the Solent. (There can’t be many actors who can boast that they’ve performed on a hovercraft!) That and many of our other venues have become regular fixtures on our tour schedules and we’re thrilled that audiences are growing and keep coming back to see us.

Another part of our work includes going into colleges and universities where we not only perform our shows but also run workshops and Q&A sessions with pupils, encouraging students to take more of an interest in the performing arts and hopefully igniting a love of live theatre. In 2018, Winchester University were kind enough to host our rehearsals and a show and in 2019, as a continuation of our connection with them, we employed one of their recent alumni in her first professional acting job and hope to employ more newly graduated performing arts students in the future.

Once again we’ll be rehearsing and performing at Hanger Farm Arts Centre so a huge thank you to them for their support. If you haven’t been to Hanger Farm, go! It’s an amazing, beautiful place full of lovely people and great shows. 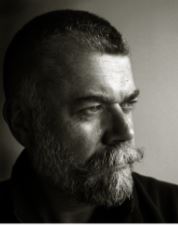 CHRIS HAWLEY is the Artistic Director of BlackBox Theatre Company.

He trained at The Arts Educational Schools and was an actor for more than twenty years, working for companies including The BBC, Birmingham Rep and Channel 4, but most recently has turned his hand to writing and directing.

In 2018 he won an award for Best Original Script at The Totton Festival of Drama for Bully Beef & Whizzbangs which subsequently reached the AETF Semi Final before going out on tour and in 2019 he adapted and directed BlackBox‘s last live show, a retelling of John Buchan’s classic ripping yarn, The 39 Steps.

Chris is a member of JMK Trust’s Director’s Scheme at Salisbury Playhouse and on the committee for SUP Theatre Company in Southampton. He has also directed the hugely popular satirical comedy Ay Up, Hitler!, an original satirical comedy written by David McCulloch for Gamma Ray Theatre.

Scroll back to top